October 14, 2019
BE SURE TO PASS THESE ARTICLES TO FRIENDS AND KIN. A LOT DEPENDS ON THIS. DO YOUR PART. 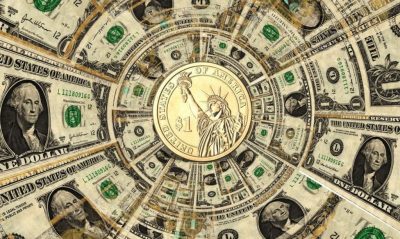 You keep all your money in a big brown bag
Inside a zoo, what a thing to do

[dropcap]T[/dropcap]he song lyrics resonate some 50+ years later for the state of our nation. If ever there was a well developed country so overwhelmingly controlled by the ‘Less than 1/4 of One Percent’ it is us. Millionaires, Mega Millionaires and even a few Billionaires run our corporations, our media and of course our politics. The average working stiff needs not to se" src="cid:image003.jpg@01D58279.C28DBC20" alt="https://www.globalresearch.ca/wp-content/uploads/2012/03/129888.jpg" border="0" class="Apple-web-attachment">e the figures and statistics to know this… we sense it! Having a billionaire in the White House only confirms this truth.

The whole lot of these super rich must have their bodyguards, chauffeurs, heavily secured gated communities and mansions, and of course the local police who look upon them as royalty.

Why all this? Well, like the 2004 Tony Scott film Man on Fire, Amerika today is like that film’s Banana Republic south of us, replete with kidnappings of spouses and children, in need of armed bodyguards and high end security. The super rich refuse to sense that what they are doing is against any such religion they may adhere to… if they can even worship any God other than mammon.

Mark 10:17-25 17 As Jesus started on his way, a man ran up to him and fell on his knees before him. “Good teacher,” he asked, “what must I do to inherit eternal life?” 18 “Why do you call me good?” Jesus answered. “No one is good-except God alone. 19 You know the commandments: ‘You shall not murder, you shall not commit adultery, you shall not steal, you shall not give false testimony, you shall not defraud, honor your father and mother.'” 20 “Teacher,” he declared, “all these I have kept since I was a boy.” 21 Jesus looked at him and loved him. “One thing you lack,” he said. “Go, sell everything you have and give to the poor, and you will have treasure in heaven. Then come, follow me.” 22 At this the man’s face fell. He went away sad, because he had great wealth. 23 Jesus looked around and said to his disciples, “How hard it is for the rich to enter the kingdom of God!” 24 The disciples were amazed at his words. But Jesus said again, “Children, how hard it is to enter the kingdom of God! 25 Easier for a camel to go through the eye of a needle than for someone who is rich to enter the kingdom of God.”

Yes, the Super Rich are doing just that, at alarming rates. Here is a tidbit published just one week ago (September 30th 2019) on facts most of our working stiffs won’t ever read or hear from their mainstream media:

For the past two years, publicly held corporations have had to disclose the ratio between the compensation of their CEOs and the median compensation of their employees under the 2010 Dodd-Frank financial reform act. And while few American CEOs pocketed more than 40 or 50 times their worker pay back in the 1960s and 70s, according to the Institute for Policy Studies’ new “Executive Excess 2019” report, nearly 80% of S&P 500 firms paid their CEO more than 100 times their median worker pay last year.

In fact, it would take the typical worker at one of the 50 public companies with the widest pay gaps an entire millennium to earn what their CEO makes in a single year. The latest report by the Institute for Policy Studies, which has researched executive compensation for 25 years, found that the median CEO pay at these 50 companies averaged $15.9 million last year, while the median worker earned just $10,027.

Driving in my car at just before 8 AM I was in heavy traffic alongside many working stiffs slugging through the pouring rain. One wonders how those folks would react when receiving the aforementioned info above? The Super Rich and their embedded in empire political and media lackeys love to spill out the mantra of ‘ Oh that’s just class warfare **** from the Left”. Perhaps it is time for more working stiffs to answer back ‘ No, this is simply class consciousness and it’s sure about time for that!’